首页 - 澳洲Essay代写 > 澳洲Essay代写范文-Monetary Policy of the RBA on High Inflation 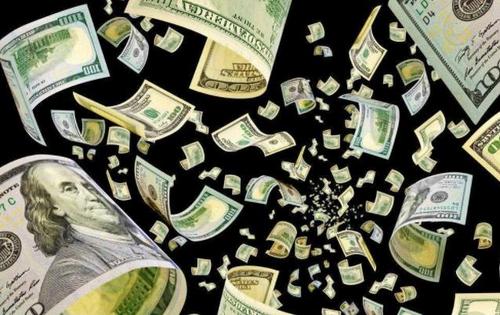 Inflation refers to the fact that the money supply exceeds the real demand for money and makes the total price level rise continuously for a period of time. Its essence is that the total social demand is greater than the total supply. Inflation is unpredictable, but it will undoubtedly bring a series of positive and negative effects. The high inflation rate beyond the control of banks is dangerous to a country's economy. This paper expounds the serious effects of high inflation and the measures taken by the reserve bank.

The decline in the value of money, including money deposits in banks, inflation may lead to high interest rates, which cannot protect purchasing power. Therefore, this effect may stimulate people to pursue higher wages or social status and follow the purchasing power of their nominal wages, which in turn will bring great pressure on the effective operation of the economy and eventually hinder the process of economic development.

In the period of low inflation, if the price of a commodity rises, buyers and sellers can be clearly aware of the actual changes between supply and demand, and take excessive and rapid response. On the contrary, in the case of high inflation, it is difficult to determine the change between the relative price and the general price. With the monthly inflation rate rising to 20% or 30%, the shopkeeper will adjust the price frequently, which inevitably leads to the relative price confusion and inadaptability.

In addition, the level of unemployment is closely related to inflation. On the one hand, demand driven inflation can promote the manufacturing industry to expand production scale and increase employment under certain conditions; on the other hand, inflation reduces the effective interest rate, which will stimulate the demand for consumption and investment, promote the full use of resources and the growth of total supply. However, with the decrease of supply and inflation, national income and employment began to decrease, which in turn led to the unemployment of most workers. Finally, without effective preventive measures, sustained inflation will lead to more serious inflation.

In summary, high inflation can bring many hazards, such as price rise, weakening people's purchasing power, and affecting consumption and company productivity. Therefore, to maintain healthy and stable economic growth, we must attach great importance to inflation, take possible and effective measures to maintain moderate inflation

Measures taken by the Reserve Bank

"Another important impact on the economy is the exchange rate level, which is often included in the context of monetary policy. "(recent impact on the exchange rate in Melbourne, 9 November 2000. ）The main policy to maintain low inflation depends on the monetary policy put forward by the central bank to influence economic activities, especially the ultimate goal of controlling monetary supply and interest rate regulation is to maintain specific policy objectives, such as inflation suppression, complete employment or economic growth. The Reserve Bank of Australia (RBA) is responsible for implementing monetary policy, providing financial services to the government and maintaining the balance of payments. In recent 20 years, RMB has updated some institutional instruments and trade arrangements (such as expanding domestic securities), which ensures that the implementation tools of monetary policy keep pace with the current market and effectively implement monetary policy.

So far, RBA has made two achievements: one is to regulate the surplus and deficiency of foreign exchange, solve the problem of insufficient foreign exchange faced by the government; the other is to rebuild the monetary reserve to deal with the currency shortage caused by intervention in 1997-2001. Since last year, the continued appreciation of the euro has provided a favorable external environment for China.

In addition, RBA decided to expand the scope of certified securities, with particular emphasis on the operation of domestic securities, rather than relying on foreign exchange and futures to maintain market balance. This decision improves the degree of price openness, and reduces the price crisis. Through these key monetary policies, the Australian Federal Reserve maintained moderate inflation and the economy grew steadily.

High inflation is an important issue in economic development. Without effective control, it will restrict economic activities to a great extent. In the current international situation, the stagnation of economic development has brought more severe challenges and difficulties to Australia's economic growth. The monetary policy of the Australian Federal Reserve is in a positive state to stimulate the Australian economy and also plays a vital role in controlling high inflation.

John Maynard Keynes, the first Baron of Keynes (June 5, 1883 - April 21, 1946), is a British economist. His thoughts have a core influence on modern macroeconomics in theory and practice.

Melbourne, November 9, 2000, the latest impact on the exchange rate, speaking at the annual conference dinner of the Economic Development Association.