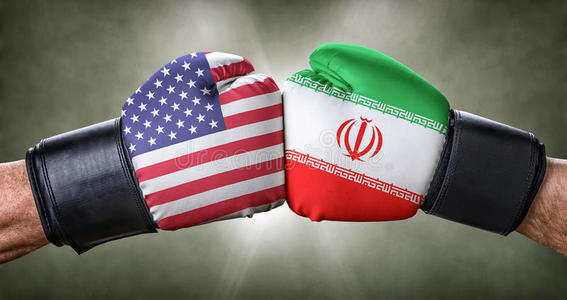 Since Iran initiated its nuclear project and constantly upgraded the nuclear infrastructure, international community has been wondering whether United States should wage war on Iran and if US will, when is the time for it to launch an attack. Most of the people who favors an attack from US mainly hold the view that once Iran gains success in the nuclear project, it will result in a devastating impact on the global security and until then it will be too late for US to take an action. However, people who criticize the launch of an attack mainly focus on the disastrous aftermath it will bring forth to the local region and the world at large. Actually, by analyzing the situation of nuclear project in Iran and the effects and aftermath of an US attack, it can be concluded that an attack should not be waged by US at this moment.

The nuclear project in Iran cannot pose threat to our world in a recent period of time. All the discussion of whether US should launch an attack are proceeding on the premise that nuclear project in Iran will lead to unimaginable disaster. However, it is not the truth. Seemingly, Iran will soon achieve success in developing nuclear weapons and put our world at risk, while the possibility should be properly evaluated given that nuclear proliferation involves considerable steps and preparation. Even though Iran can produce nuclear weapon in a short time, it does not mean that it can also produce facilities to launch nuclear weapon rapidly. As Colin H. Kabl says, “even if Iran could produce enough weapons-grade uranium for a bomb in six months, it would take it at least a year to produce a testable nuclear device and considerably longer to make a deliverable weapon” and “there is no evidence that Iran has built additional covert enrichment plants”. Therefore, it cannot be proved that Iran’s nuclear plan and bomb-making will immediately threaten world’s safe. If US, was driven by illusion and launched an attack, it definitely would cause numerous casualties and losses, which should have been evitable if other peaceful counteracts are chosen. Even though Iran finally may succeed in the development of nuclear project, it will be long enough for US to take some other safer ways, because according to Colin H. Kabl “the Iranians are unlikely to commit to building nuclear weapons until they can do so much quickly or out of sight, which could be years off”. During this period of time, US should try other ways such as having negotiation or imposing pressure to force Iran to abandon its nuclear project, all of which should be tried before the last resort of launching war is considered.

It can not be guaranteed that nuclear project in Iran will be eliminated when US launches the war. Today, arms such as nuclear weapons is the symbol of a country’s military strength, which closely relates to the stability of the country and the safety of its civilians. Therefore, all countries which have the potential to successfully produce nuclear weapons will not easily abandon their right, so does Iran. Any action prone to an interference will make Iran more sensitive and trigger its emotion of resistance. Therefore, once US wages war, Iran may also choose a violent counter response to fight for its rights. The following problems lies on that if US wins the fighting, would Iran radically give up in its nuclear project. Matthew Kroenig holds the view that “ such a devastating offensive could well force Iran to quit the nuclear game together, as Iraq did after its nuclear program was destroyed in the Gulf War and Syria did after the 2007 Israeli strike”. However, Colin H. Kabl believes that “Iran’s program is also more advanced and dispersed than were Iraq’s and Syria’s” and an US strike “would do nothing to reserve the nuclear knowledge Iran has accumulated or its ability to eventually build new centrifuges”. I prefer the latter view. For a country which has already mastered substantial nuclear knowledge, it is difficult to force it to abandon its project by using a violent manner . The weak side would deem the violent method as an oppression, which means that they are not obeying wholeheartedly. Hence, there is a huge possibility that Iran may resume its nuclear project once it get the chance. Moreover, It cannot be guaranteed that Iran will not continue its nuclear project secretly.

Whether or not nuclear project in Iran can be eliminated, the aftermath of US’s attack would be catastrophic. It is well known that a heavy war can result in astounding economic losses, huge numbers of casualties and unstable political environment. Therefore, international community today is more likely to perpetuate a peaceful world, and thus a war between US and Iran would be the last scene they would like to see. It is undoubtedly that if the war was launched, there would be numerous innocent death and vast resources consumption in both sides. There are also many other worries. For example, will the war involve the interference of other countries such as China and Russia? Will Iran drug the nearby countries into the war and escalate the already serious situation? Will Iran take the closure of the Strait of Hormuz, which is important for the international oil transportation, as a resort to press US? All the above problems deserve serious consideration. Thus the highlight falls into that whether US can control the situation after launching a war. Matthew Kroenig believes that US can control the escalation through means such as making clear its purpose and setting red lines. With his own views, Colin H. Kabl almost counters Kroenig in every suggestion. Agreeing with Colin H. Kabl, I also believe that an escalation is inevitable and hard to predict given that Iran struggles for its right in nuclear and attempt to press US through the Strait of Hormuz, while US will not give any compromise and be threatened by Iran. Therefore, the aftermath of a war actually is out of the control of both sides.

I raise and ponder over questions in every period by separating the whole process into three phases: prewar, war and post-war. In the phase of prewar, it cannot be guaranteed that Iran can produce nuclear weapons including its facilities in a short time and threaten the global safety. In the war, the violent action taken by US may not be able to completely eliminate nuclear project in Iran. After war, the consequence may go out of control and result in a series of catastrophic problems. Therefore, I believe that using negotiation to strike a consensus is the most suitable and less harmful way before Iran completing its nuclear project. As Colin H. Kabl points out, Iran has the problems of “severe economic strain, isolation and technical challenges”, thus it is easier for Iran to make some compromise if US has a softer attitude on the negotiating table. At least, peaceful ways must be tried as much as possible before decision of a war is made.