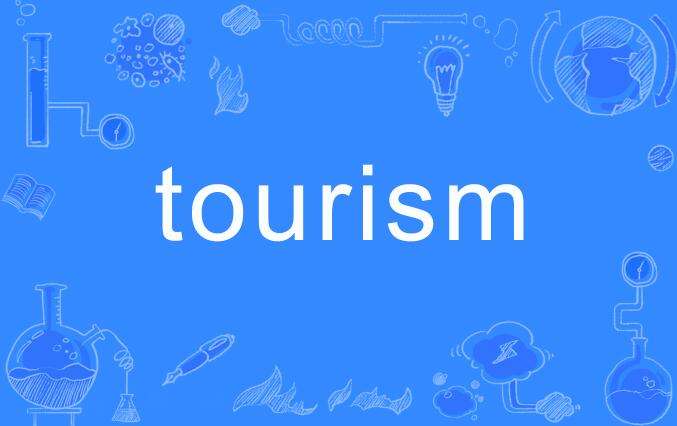 Tourism, in the modern stage of social development, is a multifaceted phenomenon, it is an object of study for many sciences: economics, sociology, psychology, management. This is due to the fact that tourism covers not only the economy of different countries but also their cultural heritage, traditions, religion, and crafts.

In the modern world, it can even be claimed that the tourism industry is seen as a powerful agent of social development of society, a kind of translator of cultural and symbolic heritage.

The latest researches proved that international tourism is an active source of foreign exchange earnings and has an impact on the country’s balance of payments. However, in addition to its enormous economic importance, it plays a big role in expanding the boundaries of mutual understanding and trust between people of different religions and cultures. Its activities are not limited only to the trade of goods and services, as well as the search for new trading partners. More and more people overcome spatial barriers in the hope of joining a different culture, gaining new impressions. Thus, tourism becomes a stable element of leisure activity of the individual. In many countries, tourism plays a significant role in the formation of the gross domestic product, creating additional jobs and providing employment for the population, and enhancing the foreign trade balance. Tourism has a huge impact on key sectors of the economy, such as transport and communications, construction, agriculture, production of consumer goods and others, in other words, acts as a kind of catalyst for socio-economic development. In turn, the development of tourism is affected by various factors: demographic, natural-geographical, socio-economic, historical, religious and political-legal. The economic development of tourism is characterized by impressive data on the world economic market. This data shows that tourism is the most dynamically developing industry in many countries of the world and that its role in the world economy is continuously growing. International tourism has a powerful impact on employment. The tourism industry is a labor-intensive process, therefore it employs mostly unskilled workers. However, this does not mean that highly skilled workers are not being used in tourism. In this area, new jobs are geographically wider than in other developing sectors of the economy.

Against the background of such popularity and influence of tourism industry, there is an increase in the impact of another important cultural element – religion. Religion, among other functions, influences the formation of self-awareness and stereotypes of people’s behavior. It is an element of the social system and, in many cases, one of the most important. That is why it can be stated that religious beliefs affect many aspects of daily life. In their studies, experts usually make an accent on the religious influence on trade, migration, investments, and travel (tourist destination flows).

Continuing the thought about the connection of religion and economics as the two subjects to human perception and action, first of all, it should be stated about several theoretically developed ways of their interaction. The literature devoted to this thematics proves that religion influence economic development, wealth and asset poverty perpetuation, immigration, human capital, globalization, financial decisions or foreign direct investment stock allocation (Fourie et al. 51). Finally, last but not the least effect religion have on the marketing, including the touristic one.

Before talking about marketing several key concepts should be defined. In the terms of this paper, religious belief should be seen as “a cultural attribute that shapes tourists’ perceptions of their destination” (Fourie et al. 52). It means that even if religion is not an explicit factor in a tourist’s decision-making process, the fact that the dominant religion of a destination is the same as theirs may be a significant (but implicit) determinant of their choice. On the other hand, a religion that contradicts the tourist’s one can be decisive for choosing a place of travel in order to learn about it. That is why another important definition is a tourist traveling for religious purposes is a person who leaves the country of permanent residence for a period of no more than six months to visit holy places and centers of religions. According to these ideas, religious tourism should be understood as activities related to the provision of services and the satisfaction of the needs of tourists heading to holy places and religious centers outside their normal environment. Taking into account these definitions, religious tourism traditionally is divided into two main varieties: pilgrim tourism and religious tourism excursion and cognitive focus.

Speaking about these two groups in details, several key features of both types should be stated. For example, pilgrims usually put forward much fewer requirements to the level and quality of service, food, accommodation. They can stop for the night in the monasteries’ cells, on the territory of ashrams, in tent camps (during a hajj, for example), they can spend the night in temples on the floor or even right on the street. In addition, the choice of food is usually limited (for example, in Christian countries, during fasting, food is lean, while in India it is vegetarian). Spiritually pilgrim tourism has a narrow socio-psychological basis and geographical orientation. In the literature, the most popular destinations are illustrated, including Mecca, Saint Peter’s Basilica in the Vatican City, Varanasi in India, Lumbini in Nepal, or Jerusalem (Fourie et al. 52). However, religion affects tourism not only directly, as in the case of pilgrimages. While, indirect influence is explained by the fact that “even travel is not initiated by religious motives, tourists are often exposed to religion on their travels” (Stausberg 15) by visiting excursions to the places that considered sacred or participating in religious activities, as well as facing religious manifestations in daily lives.

The next part of this paper is devoted to the marketing and how it should be adopted in case of religious tourism. The first thing to mention is the fact that a tourist product is something that can satisfy the recreational need and is offered by the tourism industry for the purpose of focusing attention, acquisition, use or consumption. The manufacturers of a tourist product should find consumers whom they want to sell their product, find out tourists’ needs, and then create a product that more fully meets these needs. The second issue to emphasize is that marketing only takes place when people decide to satisfy their needs and requests through an exchange. At the same time, the exchange process includes work to find buyers, determine their needs, plan the relevant tourism products, sell them, transport tourists to the place of consumption, pricing service organization, advertising. Following the idea, marketing of the tourist product includes the development, promotion, and implementation of a tourist product, aimed at identifying and satisfying the specific needs of customers (Benur and Bramwell 214-215). Thus, the main task of marketing for a tourist product is to help the client in assessing the enterprise and its tourism product.

Tourist marketing activities have their own specifics, distinguishing it from other forms of production and trade in other products. It can be assumed that realization of the tourism product take place with the share of services in tourism accounting for 60%, while goods consist 40%, as well as the specific nature of consumption of tourism products in the place of their production, and especially in certain situations. Based on the above-mentioned, the following features of tourism marketing can be distinguished.

The task of stimulating demand is less important for marketing in tourism since, demand for travel services is constantly growing, and the tourism industry in less than many other industries depends on fluctuations in the economic environment. That is why the most important task is to direct the demand into the right direction.

A reliable information policy with respect to the client, especially at the stage of a sale of services, as well as thoroughness in the development of the tourist product, is of great importance in this type of marketing.

Given the special role of the subjective factor in the process of buying exactly the services, travel agencies should pay great attention to protecting the rights of the client – the consumer of tourist services.

In the process of marketing management, not only material aspects, but also psychology, the spiritual and emotional state, and the characteristics of the consumer should be taken into account in more than any other sectors of economics.

Due to the fact that the tourist product is, as a rule, a complex of material and ideal components, marketing coordination of all participants in the production of tourist services, tourist centers, government agencies for regulating tourism, and public associations is of great importance for achieving the optimal final effect of marketing activities.

Adding, religion in this rule means that tour operators should consider adjusting their itineraries. This could entail adding religious experiences and activities or simply being sensitive to their clients’ religious affiliations. It could even entail offering special tour packages for tourists from the same origin country but with different religious affiliations. In addition, developing marketing strategies, touristic companies are advised to include a variety of nutrition programs, taking into account the religious beliefs of their clients. For example, if some plans a tour of Christians to get acquainted with cultural monuments in Istanbul during Ramadan, it is worthwhile to think over the menu for tourists in advance. That is why it can be concluded that the key moment is the correspondence of the marketing campaign to the values and traditions that are inherent in the religion of not only the object (country or place) of advertising but also the target audience.

Another important note is concerning the fact that religious tourism marketing offers many options for promotion. Modern technologies allow incorporating virtual tours as a preview that stimulates people to choose this destination (Huang et al. 116-128). Choosing focus on the channels of promotion, services for the provision of pilgrimage tourism can be advertised in religious churches or institutions (churches, centers) along with the online marketing and tradition promotional activities (Štefko et al. 424-425). Moreover, advertising of tourism services in case of religious activities can acquire different forms, including brochures, posters, stories from people who visited such places, informative leaflets with an indication of the religious importance of the concrete place.

This paper is devoted to understanding what effect does religion have on tourism marketing. First of all, it was shown that religion and tourism are closely related parts of life and functioning of society through the economic and symbolic (values, traditions, and beliefs) systems. Next part of the research paper was devoted to the understanding concept of religious tourism, where the pilgrimage tourism and the religious tourism with excursion and cognitive focus are highlighted. Later the specific features of touristic marketing were analyzed with the allocation of five key points. Finally, the last part proposes pieces of advice for touristic marketing with the religious constituent. In conclusion, it should be noted that the influence of religion on tourism marketing is primarily manifested in the inclusion of values that are inherent in both the advertised religion and the target audience. Also, religion encourages the inclusion of visits to monuments and participation in activities during touristic tours. Moreover, a religious direction of touristic proposition expands the variety of promotional channels along with the materials and narratives used in the marketing campaigns. That is why it can be stated that religion has influence on every aspect of marketing campaigns.

上一篇：Essay代写范文-A Hero of Our Time