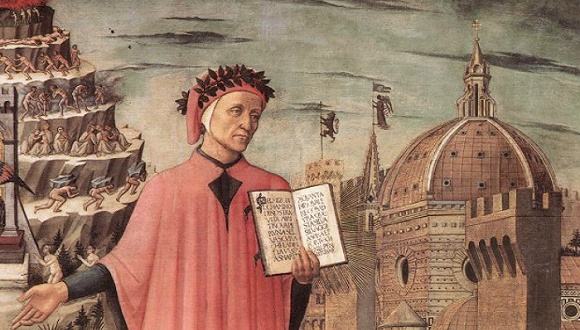 According to Dante’s Inferno, Which Circle of Hell Is Your Favorite?

Literature of the Renaissance and Humanism periods have brought many new ideas, and have helped to change and enlighten the perspectives and views of contemporary society. These movements were highly developed in Italy. However, the most influential persons were artists, politicians, poets, and philosophers, who practically created and represented these cultural movements. One of the most influential poets of that time was Dante Alighieri. Although he was the leading poet of the late Middle Ages, he inspired the new era of Humanism and Renaissance. One of his highest works is Inferno. He had his own vision of hell. This essay provides an analysis of Dante’s work, and an answer to the question of personal taste: “Which is your favorite circle of Dante’s Inferno?”

Dante Alighieri was one of the most influential Italian poets and philosophers, born in 1265. His place of birth and residence was Florence, Tuscany, where he resided in the first half of his life. In the second half of his life he was banished from his home town due to political intrigues, when he was included in the political turbulence between Guelphs and Ghibellines. His greatest work is Divine Comedy, which is considered one of the European classics. This poem consists of three parts: Hell, Purgatory, and Heaven. The basic plot of the poem is the journey of a human’s soul through all three places, according to Christian beliefs. All three parts of Divine Comedy consist of minor poems, or cantos. Concerning the structure of the poem Inferno, it consists of 33 cantos, depicting hell.

When it comes to describing the plot of Inferno, it depicts the journey of poet Dante through hell. Dante enters the hell alive, and he is led by his favorite poet Virgil. The poem was placed in year 1300, right before the dawn of Good Friday. Dante entered the gates of hell in the dark woods, as he was in halfway through his life journey. The poet depicted hell in nine circles, where each circle corresponded to the burden of committed sins. The hell was depicted according to Christian ideals. However, the most fascinating characteristic is that Dante depicted most of the characters of ancient times in particular circles of hell. He also used elements of ancient mythology, by evoking for a muse at the beginning of the poem, and by incorporating some characters of ancient myths like Helen of Troy. The poem was personalized by Dante because he inserted into the poem different characters from his own life. They were different Florentine politicians, people he knew, but the most important character was Beatrice, the love of his life. According to his feelings it was not surprising that he depicted Beatrice in heaven, guarded by St. Lucia and the Virgin Mary.

According to my belief the most interesting circle of Dante’s Inferno is the second circle. This circle is described in Canto V and is the circle of those who committed sins of the flesh, or lust. The souls who belong to the second circle are souls who committed sins of love, or adultery. That makes Canto V in Inferno more interesting. It is the only part of Inferno which refers to love, even though it is sinful love. That gives enough reasons for a reader to feel sympathy for sinners of that circle. Dante himself does not conceal sympathy for sinners trapped there. In each circle of Inferno, Dante tried to recognize some sinners. It is interesting that he incorporated here Cleopatra and Helen of Troy. They both belong to ancient times, the first one to ancient history and the second one to ancient mythology. Dante mixed both fictional characters with real historical characters, and also with his contemporaries. The most emotional part of Canto V is the introduction with the couple in love, Paolo and Francesca, who committed adultery and now suffer together. At the ending line Dante expressed sorrow for their faith by fainting. These lines evoke deep emotions from the reader’s perspective and I consider them as my favorite.