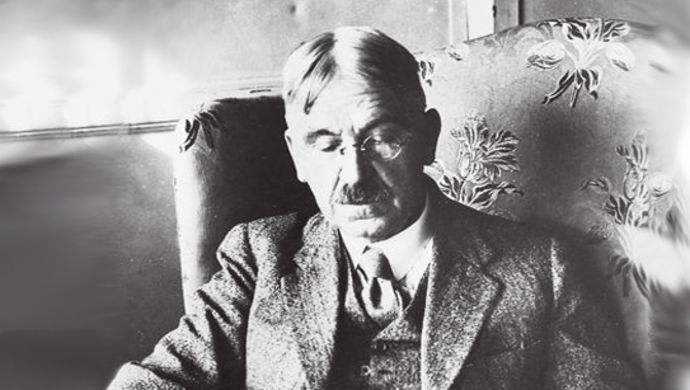 John Dewey’s educational theories, as found in his most important works, The School in Society, The Child and The Curriculum, Democracy of Education, and Experience and Education, are nothing short of revolutionary. Published at the turn of the twentieth century, Dewey’s work represents an overhaul in educational theory that set the foundation for contemporary educational systems today. Rather than focus instruction on rote memorization in an authoritarian context, Dewey promoted an educational model that aims to meet the needs of children at various stages in their development.

Unlike the prevailing educational theorists of his time, Dewey placed a focus on the learner and suggested a child-centered approach to teaching. At the time of his scholarship, the prevailing school of pedagogical thought emphasized developing and improving the product ?”curricula and subject matter?” rather than considering the needs of students.

Dewey, on the other hand, did not agree with his colleagues that the child or student should be thought of as a blank slate,’ waiting for an expert to fill them with knowledge. Instead, Dewey approached education from a psychological perspective. Rather than focus solely on developing curricula to improve education, Dewey introduced the psychology of the child as a crucial component to consider.

A psychological perspective allowed Dewey to think of children as being very different from adults and, as a result, very different students. A child’s mind, according to Dewey, cannot classify and organize information in the same way as adults. The child is still in the process of developing a framework or structure and cannot process information out of context. Dewey also believed that children are more focused on relationships and people rather than facts that one might learn from rote memorization.

That said, even though the child may not have enough knowledge or experience to have already developed a comprehensive framework, Dewey argued that children’s existing knowledge and experiences are still valuable and they should not be treated as passive learners, receiving knowledge from an authoritative source. In order for education to be meaningful and effective, the new information that is being introduced should connect to prior experiences and knowledge, forming lasting connections.

While Dewey proposed a radical shift to a child-centered pedagogical model, he anticipated the negative consequences that would arise from teaching that was too focused on the child. Too much reliance on the child, for Dewey, could minimize the importance of the subject matter and the role of the teacher. As such, he considered both the child and the curriculum to be two important components of a single educational process. It was essential for him to strike a balance between the child and the curriculum ?”with the child striving to learn and contextualize rigorous content and the curriculum crafted to be relevant and meaningful for the student.

By putting the child and the content matter into an interactive relationship with one another, Dewey introduced a completely novel way of thinking about education and about children. In a way, he was giving an unprecedented level of respect to children by validating their existing ?”if limited?” experienced and knowledge. At the same time, he argued that children are restricted in their ability to process and contextualize information and, in this way, he suggested that they were less capable than previous pedagogical theorists and educators had thought. Dewey’s approach is nuanced and radical, particularly because he was willing to disrupt previous models of authority and power. Additionally, he tapped into the new, emerging field of psychology to think of children and their ability to learn in a completely new way.

The success of Dewey’s pedagogical model is evident in how many of his ideas are seen today in educational systems, over a hundred years later. Specifically, his ideas are key to what is now known as experiential learning, where learning happens by interacting in the real world rather than only in the abstract. Dewey’s theories are also seen in problem-based learning and inquiry-based learning methods, which are increasingly becoming more popular.

At its best, instruction in any of these three models is rigorous but meets children where they are in terms of their development and ability to learn, their existing knowledge, and in their experiences. However, this approach can also go wrong. Content can become watered down and tailored to entertain, rather than educate children. Similarly, teachers’ authority and expertise can also become diminished if too much emphasis is put on the child.

Yet, this is why it was important for Dewey to strike a balance between the child and the curriculum. When this balance is achieved, Dewey’s educational model works very well. Teachers should act as experts that skillfully design lessons to build scaffolding for students that will eventually allow them to become independent learners as they form their own structure for knowledge. In addition, this approach allows for curricula and content to be versatile.

Rather than design content in a universal manner in a top-down approach, content can be suited to children of different ages and abilities. This adaptability also presents an opportunity for multiculturalism in the classroom. If lessons and curricula are designed to meet students’ knowledge and experience, then students coming from diverse backgrounds should receive instruction that taps into their diverse knowledge and experience. Additionally, this pedagogical approach can help educators teach children with different needs in the same classroom.

A child-centered approach embraces teaching individuals, not just groups of students. This is essential as classrooms are full of children with different needs and abilities. Finally, Dewey’s child-centered model of education is particularly beneficial today as technology creates a constantly changing landscape of knowledge and experience for children. Perhaps it is no surprise that Dewey’s versatile and adaptable educational theories, created in a time of great change, are still relevant and in use today in a global world that is constantly being transformed.