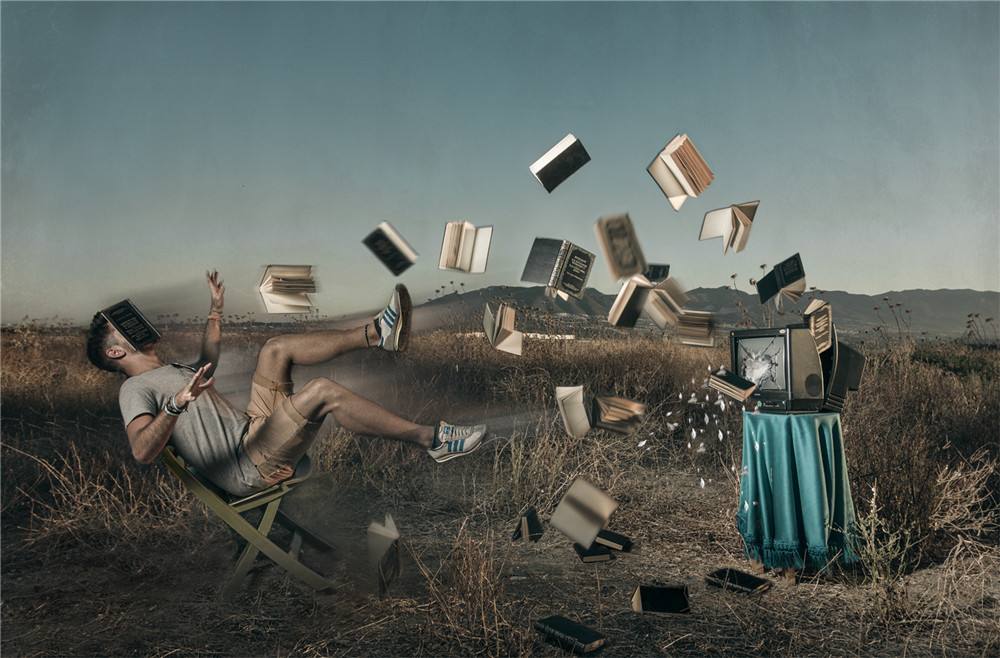 Surrealism movement originated in the late 1910 s and 1920 s literature, trying a new way called automatic writing or unconscious behavior; it attempted to release the subconscious infinite imagination. Surrealism was a cultural movement which began in the early 1920s, and it was best known for its visual artworks and writings. The purpose of surrealism was to solve the contradiction between dream and reality conditions before. Artists drew disturbing accuracy, illogical scenario, photography, and strange creatures from daily objects creation and development of painting technology, allowing the unconscious to express their ideas and concepts. Surreal characteristic elements included surprise, unexpected juxtapositions and non sequitur. However, many surrealist artists and writers thought that their works expressed the philosophical movement first and then artifacts. Leader Andre Breton asserted surrealism clearly, the most important of all was the revolutionary movement.

René Magritte (21 November 1898 – 15 August 1967) was a Belgian surrealist artist. He became well known for a number of witty things and thought-provoking images that fell under the umbrella of surrealism. His work was famous for challenging observers' preconditioned perceptions of reality. Rene Magritte is the biggest boy who was born in a very wealthy family. His father was considered to work in manufacturing industry, and his mother was a milliner before her marriage. Magritte developed as an artist because of two major events in his childhood. The first thing was that he saw an artist drawing in a cemetery when he was playing with a friend. Magritte's work had a major impact on sports after his death, including pop, concept, theory, and paintings in the 1980 s. In particular, his work has been hailed as a herald of the coming trends in art areas  because  it focused on concepts,  closely related to commercial art, and it focused on everyday objects common repeat image space too.

The Pleasure Principle was painted by René Magritte in 1937. The Pleasure Principle was a portrait of Edward James.  It’s an oil painting on canvas. Edward William Frank James (1907–1984) was a British poet who was known for his patronage of the surrealist art movement. He supported Salvador Dali throughout 1938, his collection of paintings as well as art objects were accepted as surrealism works and the best collection in private hands later. He also offered practical help and support to Dali for about two years. Dali even allowed Rene Magritte to stay in his house and paint in London. The Pleasure Principle was a really good example of surrealism artwork in terms of the techniques that Magritte used, and the subject matter which is about the poet Edward presented in a surprise way, it revealed the idea of surrealism by painting a surrealist poet.

The painting was rectangular vertical layout with Edward sitting in the center in front of a desk. He is suited up, sitting up straight with one hand on the desk. There was also an object on the desk; apparently it was a rock of some kind. And the most mysterious part of the painting was that his head was not shown. We can only see the light coming from his head like a bright light bulb, except for the size of his head. I think this is the most important part that contributes to the idea of surrealism. As we all know, Surrealist creation method is to let the object run out from the normal scope, and combined with  the things that not related, or created the inside out chaos to inspire the new, mysterious or poetry meaning .

The style of surrealism is to paint with photographic precision, creating strange features from everyday objects and developing techniques that allow people to express their ideas. In this painting, Magritte used this style as painting style which expressed the detailed reality vividly. The folds on the suit, the shadows from the lights that appeared on the clothes are very realistic. So the dressing style also reflected people’s fashion during that period of time and Edward’s social status.

The missing head also implied the dream, and imagination of human, so the realistic clothing and the imaginary lights combined together and worked really well to perceive and resolve the contradiction between dream and reality. This was the point of surrealism and Magritte expresses it successfully in this painting by developing everyday object, such as a person with strange features on the head.

There was also another interesting object in this painting. That was the rock set on the desk in the front. It was not a book or any other object, but a rock; it seemed irrelevant to the portrait and the mysterious light. But it was set there to make the viewer wonder and image. I think this is another part of the strange feature which Magritte created to show the mysterious part of surrealism style.

As a conclusion, Magritte successfully demonstrated surrealism style of artwork in the painting Pleasure Principle  by using the realistic painting techniques , combining the character with strange features  such as the mysterious head, the light, and the irrelevant rock.   He created these to emphasis the solution for “dream and reality” as contradiction.