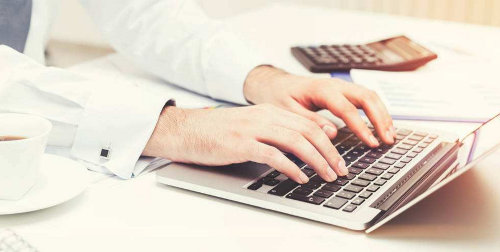 What is so interesting about history is that it is open to interpretation. One historical event can be perceived in many ways due to differences in culture, values and religion. In Argentine-Mexican liberation philosopher Enrique Dussel’s essay Was America Discovered or Invaded, he discussed the subjectivity of history through asking the question of whether America was discovered or invaded. His essay analyzed several interpretations of this historical event from the viewpoint of European people and ingenious Indian people to make a point that history is not as objective as one might think.

The author gave us an unique concept of seeing history from “above” and “below” in the first paragraph, He wrote: “From the European point of view (from above), something was dis-covered; from the point of view of the inhabitants of the continent (from below), what we are really dealing with is an invasion by foreigners, by aliens, and by people from outside”1(126). Those who see history from above represent the powerful one at victorious side of the history. They take history as hostage with their own understanding and perception. However, those who see history from below are the oppressed and people whose side of story can hardly be heard and known.

The author divided his essay into five parts with a different interpretation of how America came into being in each part. In the first part and second part, he gave an in-depth analysis of the subtleness between “invention” and “discovery”. Semantically speaking, the meanings of these two words are almost the same but they actually reflect quite different perceptions. The word “invention” means that “America was invented, we are dealing with an attempt to explain a being (Dasein) whose existence depends on the way that it is understood by Western culture” 2 (127). It is egocentric to see America, which has existed long before the arrival of Columbus, as an invention and the author vehemently stated that this view of thinking is nothing but self-deception. If this word is changed into “discovery”, it would be more positive because it at least “… presumes the prior existence of something which was covered and was not created from a vacuum…” 3(128). Although t seems that this view of history is more appropriate，to see historical event in this way is still not completely objective. The word “discovery” implies that its prior existent didn’t mean a thing until the day of its discovery and it still put emphasis on the people form “above”. As Fernandez de Oviedo stated: “These people of the (West) Indies, although rational and of the same race as those of the holy ark of Noah have become irrational and bestial because of their idolatries, sacrifices and devilish ceremonies”4, everything about ingenious Indian people is invalid and should be replaced by western value and convention.

Then in the third and fourth part, the author changed his perspective by viewing history form “below” and concluded that through “foreign invasion” and “conquest”, here comes the America. Putting these two views together is an interesting contrast. People who saw it as “foreign invasion” would fight against the invader for freedom, while those who saw European people coming to America as “conqueror” would think that the conquerors are divine and send by God to evangelize them. These two views may sound alike but they reflect totally opposite feeling and attitude towards this historical event. The former is anger while the latter is admiration. Then in the final part, a new view of “historical indemnification” was raised, appealing to the “conqueror” and “invader” to make things right. However, whether indemnification can be made for the damage they caused is unsure and the author stated that these countries were never really conquered or invaded since there were rebellions in the past and revolts in present to fight for the freedom of the opposed. In the end, the author gave his idea of how to see history, which is to view history through multi angles, especially from “below” in order to have a more clear awareness of history.

Personally speaking, I found Dussel’s theory to be quite different from other theories on history view. His theory sees history from views of both parties and more importantly, his theory analyzes in-depth the nuance of different views and feelings of people to reveal that history is actually multi-facets and he goes even deeper to explore the logic and reasons behind these different views of history. His theory focuses on the people, especially the people from “below”, instead of judging the right or wrong in history.

This essay reminds me of the different perception of the history between Japanese and Chinese. I couldn’t say for sure that who sees history form “above” and who from “below” since both countries suffered great pain in the war. When I took history class in school back in China, Japanese was depicted as a “vicious invader” in textbook and we were told that they committed hideous crime in China during the war. I think in Japan, their view of this part of history must be very different from us. There are still bickering or even tension between two countries over how to define this part of history. I think what matter is not dwelling on who is right or wrong in the past history but figuring out how to view our differences, come to the same page and respect each other’s view. As the author said in the last sentence in the essay: “A clear awareness of all this can come to us only from an historical conspectus which emerges from below”5(132). If applying this sentence to the situation between China and Japan, it would be “a clear awareness of all this can come to us only form an historical conspectus which emerges from common ground”. Not only for China and Japan, many countries still dispute over the right and wrong of the history. As this essay indicates, the viewing of history from different perspectives can be just the opposite. Because of that, what matter is not how we view history in the past but how we can move further and find common ground and mutual respect in the future; Instead of pointing finger at each other, we should ask such questions as how we can make amendments to victims and how to help each other in the process.

As Mark Twain said: “The very ink with which all history is written is merely fluid prejudice”6. Dussel’s theory in the essay also supports what Mark Twain has said. History is not static and one-sided. As time goes by, people’s perception and interpretation of history will change as the society develops and there will always be different views on history. History is in the eye of the beholder. There is nothing we can do about the subjectivity of history view, but what can we do is to open ourselves to the different interpretations of history and respect other for their view.

Twain, Mark. “Following the Equator: A Journey Around the World.” New York: AMS