Essay代写范文-Cost of Production in Starbucks 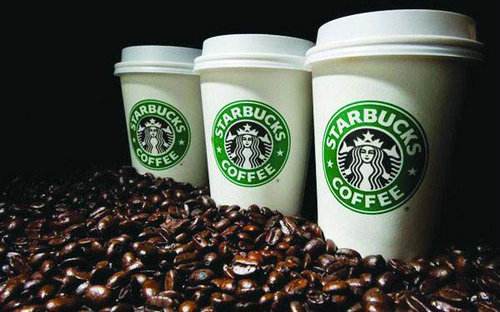 When we analyze the cost of production, which are the cost related with making or earning goods and services that directly create revenue for a firm, it is also represented by the cost acquired by a business when manufacturing a good or service. Production cost include a variety of expenses including labor, raw materials, consumable manufacturing supplies and manufacturing overhead. There are various cost that a firm tackles to make sure that in order to distribute a good, product or services which can be identified as a fixed cost and/or variable cost. Fixed cost are considered to be overhead costs that do not change based on manufacturing. Examples related to Starbucks would be rent, depreciation, and set up cost. Variable costs or direct costs are items that change based on production. Examples are raw materials such as coffee or ingredients used in syrups, labor, and shipping cost. “Coffee is about $8 a pound, depending (and Starbucks may get it for cheaper), which gets you about 26 small cups of coffee. So for just the coffee, that’s about 30 cents a cup,” (Spector, 2018).

Which in essence one would think just coffee is cheap but after adding in your flavors, creamers, stirrers, and even that little green stopper picks up tab to an end cost of $4.20 and even more for larger and specialty coffees. As well to the cost of coffee, the company has other costs such as dairy, teas, and food products that are an expense to Starbucks. As not all people who visit Starbucks are coffee drinkers, they have a variety of specialty tea’s that they grow environmentally friendly. Other costs but not limited to our administrative and operating expenses. As mentioned above, the company utilizes its massive market to influence costs in its favor. The cost of coffee may be the major expense for Starbucks but the company’s knack to use that in its favor to keeps the cost of production intact and running due to Starbucks ongoing success. Knowing that the cost of the coffee bean is what drives the costs of products in stores, Starbucks is always looking for efficient ways to help supply farmers with the necessary tools to keep costs in a price range where those who would look at coffee as a not a need for everyday life. Overall Market (Staff, 2017)

This graph was taken from csimarket and displays the top coffee chains within the United States. As we can see Starbucks can be considered as the leader within this market of coffee chains. Starbucks currently leads the market, with more chains in the United States and also across the globe. In the 80’s Dunkin Donuts, a coffee chain that dominated the market due to being popular with those who worked in finance and do the price plus marketing, Dunkin’ seemed to be a coffee you’d serve at home like Folgers. Shultz wanted to take Starbucks to the consumers and give them same coffee experience as he fell in love with from a trip to Italy. Though Starbucks has faced many trials and failures over the years, the company continues to grow and expand, just as Shultz wished-for. Though coming into the market was no easy task, Starbucks knew it had to expand globally.

For example a major barrier of expanding into the market in China. Starbucks had to understand the culture of the Chinese people is to drink tea. To work through this barrier, the company performed broad research before going in the market in 1999. “Moreover, Starbucks very deliberately began to bridge the gap between the tea drinking culture and the coffee drinking culture by introducing beverages in the Chinese stores that included local tea-based ingredients,” (DEVAULT, 2018). The market structure for entering the coffee market is rather easy to enter due to low cost and fairly easy exit. The only way to set yourself apart from others is by offering exceptional products, branding, advertising, and consumer loyalty. Starbucks influence on the market comes from its operation. From the way the farmers are respected and cultivation of the bean. To the care of harvesting and shipping. Sustaining the land in which the coffee is grown.

The “experience” the consumer has is vital to Starbucks influence. Starbucks prides itself on serving you that perfect cup of copy brewed for you. Putting your name on the cup, customizations of your order, and providing quality service is key to its growth. Knowing you can to your local Starbucks to grab a cup of coffee or tea with its many food offerings, while discussing business notes or catching up with friends influenced other companies to change their set-up. Starbucks influence from Italy inspired them to not only focus on business but the personal relationships and reasonings with its consumers. Recommendation The key factor to the company’s ability to run is coffee beans. Starbucks business is controlled by the availability of the coffee bean and without them, the company would lose profit and ultimately no longer exist in its current position. Regardless of being operational within the United States, its primary market or globally in China or South America; the company has to stay on top and ahead of its coffee sourcing.

The recommendation for Starbucks would be to continue to invest in the fair trade market and also the sustainability of coffee beans. Continue supporting the farmers and every factor in between until the finished product As Starbucks continues to grow, so will its demand for coffee beans and the demand for exotic blends of coffee. Starbucks must continue to be a front-runner by being smart in its investments but also knowing when to focus on sustainability versus demand. In addition to coffee, growth can continue if the focus on the model of the consumer experience and not just the products they serve. As those us who strive for the “Gold Status” earned due to frequent visits, Starbucks must maintain their own gold star by offering the gold experience and continue to differentiate from its competitors.